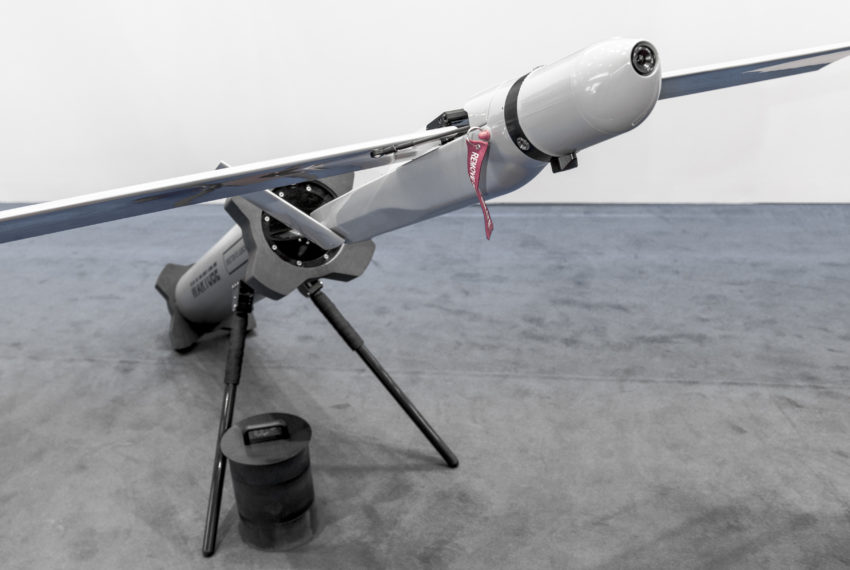 A tube-launched loitering munitions system equipped with a wing-folding mechanism.

The WARMATE TL Loitering Munition System is a combat vehicular UAV that provides a highly targeted strike capability with either an antipersonal or anti-tank warhead. 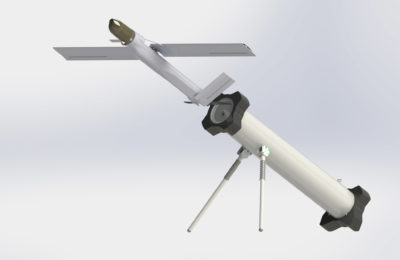 The system’s unique feature is a folding wing structure in order to fit inside a canister-launching system. The system can be launched pneumatically from a tube mounted on any ground vehicle, at which point the wings unfold once it gets airborne. The addition of a daylight or thermal camera to the warhead allows for the assessment of a target before launching a strike, and a number of fail safe mechanisms means that missions can be easily aborted if intelligence is revised.

The attack mode initiates a strike on a selected target, and control of the AV is fully-autonomous during a strike. The user is shown a video feed, at the mobile control station, from the camera mounted on the front of the warhead, and this can be used to assist in directing the aircraft.

The WARMATE airframe can incorporate various types of warheads (training, high-exposive anti-personal, anti-tank), which are interchangeable and can be changed in the field depending on the mission objectives.

The WARMATE System includes a mobile ground control station (GCS) that is easy to use and provides a real time video feed to the user. A wide range of autonomous flight modes can be managed at the GCS.

Auto mode – the main flight mode that is pre-programmed by the user prior to a flight. During this mode the AV will take-off and then follow a series of waypoints according to a flight plan. However, at any point during this mode three further modes can be activated:
Loiter flight mode – The AV orbits a point over the ground.
Fly to coordinate – This flight mode is similar to the ‘Loiter Flight Mode’ except that the AV will fly from its current position to a new position set by the operator.
Cruise – This mode causes the AV to fly in a straight line in the direction that the camera is facing.
Search – This mode is use for slow diving flight necessary for proper target selection.
Attack – This mode initiates a strike. The automated videotracker allows for a precise target hit without the operator’s control even after the loss of communication

Rapid Deployment
The take-off of the WARMATE is fully automated. The platform is launched from a tube mounted on any vehicle. The AV is launched following a series of pre-flight tests to ensure communication between the ground control station and the AV. Take-off is fully automated ensuring that the AV will climb to 500 m before switching to the chosen flight plan.

Aborting a mission
Landing of the vehicle, in an emergency is possible using a manual landing flight mode. The air vehicle will land, by belly landing, in any open area identified by the user. In addition, the warhead may be detonated remotely when the air vehicle is in flight allowing for the abortion of a mission.