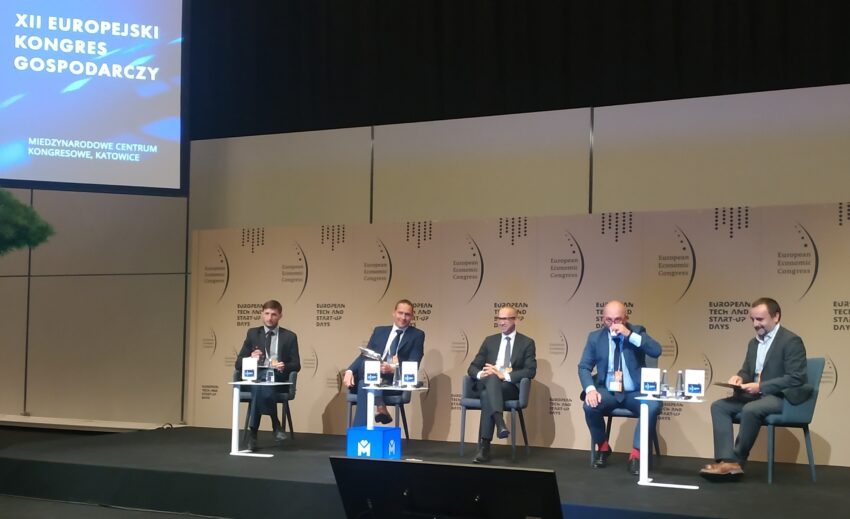 “Drones in the economy” debate was held at the “12 European Economic Congress” in Katowice. During the event, the challenges related to the development of unmanned systems were discussed with the participation of leading experts in the unmanned systems sector, Dawid Bielecki – a Broad Member of Flytronic (part of the WB GROUP).

“The unmanned aerial vehicle market is currently the fastest-growing market in the world. Its respected value is expected to reach $ 43 billion in the next five years. Such a huge increase in funding will lead to a technological leap. Today we are talking about small unmanned aerial vehicles, and in the near future, we will talk about transporting people with them. I expect the number of specialist drone applications to grow”, informed Dawid Bielecki.

Unmanned systems, initially used only by the military, are increasingly used in other branches of the economy. The new technical revolution taking place now also forces legal changes. During the debate, participants discussed detailed issues concerning the use of unmanned systems, also within the framework of the applicable regulations.

“The hobby market has already become saturated, while the specialized use of unmanned systems will increase. We try to meet these requirements and already create solutions that go in this direction. WB GROUP prepares equipment mainly for the needs of the Armed Forces and state services. As you know, the latest technologies were always visible in the early military, later they were transferred to the civilian field. And the same will happen here”, added a Flytronic representative during the debate.

The discussion was held with the participation of the plenipotentiary of the minister of infrastructure for unmanned aerial vehicles, Małgorzata Darowska and acting President of the Polish Air Navigation Services Agency Janusz Janiszewski, chairman of the board of Metropolis Górnośląsko-Zagłębie, Kazimierz Karolczak, president of Drone Radar Paweł Korzec, vice-president for Research and
Development of the Łukasiewicz Research Network Marcin Kraśka and president of the Civil Aviation Authority, Piotr Samson.

“At the moment, apart from monitoring and observation systems, the WB GROUP also offers radio communication transmitter stations. Specialist civilian drones include, for example, unmanned smog detection systems developed by Flytronic. However, the obstacle in their use is not technology, but legal conditions. Even if the unmanned aerial vehicle detects the source of the combustion of prohibited substances, there are currently no legal grounds to issue a mandate for such an action”, explained Dawid Bielecki from the WB GROUP during the debate.

Full video of the debate “Drones in the economy”