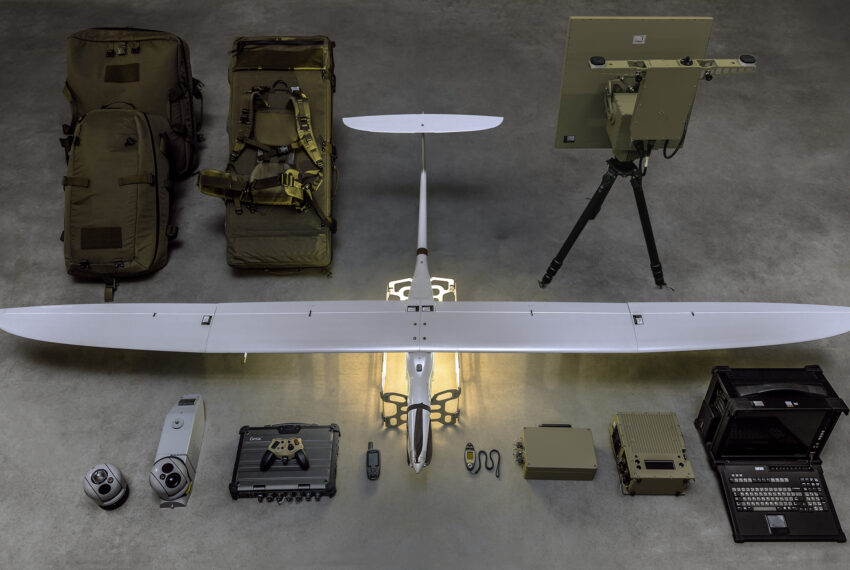 FLYEYE is a close-range unmanned aerial platform designed for observation and data collection.

FLYEYE mini UAV is a modular system characterized by the ease of assembly and disassembly. Launch readiness can be achieved in less than 10 minutes. Hand-launch with no additional equipment which allows it to be operated in tight spaces and confined areas. 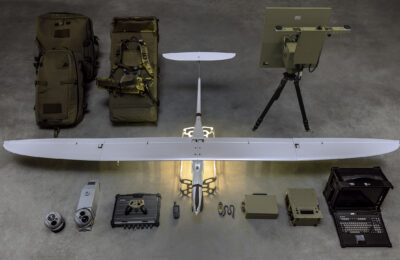 The observation head with two cameras (visible light and IR) attached under the fuselage of the FLYEYE mini UAV provides significantly better observation options and a function for rapid switching between the two video feeds.

FLYEYE allows for integration with light precision armament and an acoustic vector sensor to detect source of fire. Depending on its purpose, FLYEYE can be integrated with other observation heads. The standard dual observation head with daylight and infrared camera equipment can be modified depending on needs and destination.

Launch system – due to application of propulsion with static thrust compensating the weight of the airframe the aerial vehicle can be hand ? launched. It simplifies logistic issues of the system (no need for a launcher). An additional advantage of the system is the possibility to launch the aerial vehicle in a very confined space, such as built – up urban areas or a forest clearing.

Landing system – landing of the system consists in automatic ejection of a container holding the batteries and the surveillance payload, which descent and land on a parachute. The moment of ejection of the container is calculated by an on-board computer in such way that it allows for secure deployment of the parachute and secure descent until touch down in pre-programmed landing point. The accuracy of landing remains within 10 metres. Such solution provides an effective protection for the most expensive element of the system, that is the surveillance payload but it also allows for full manoeuvrability of the aerial vehicle during the final stage of flight at minimum speed.

Installing two cameras in the surveillance payload – this allows for quickly switching of the video imaging.

flight along a pre-defined route
– flight to a destination point of given coordinates
– holding over a selected object,
– flight in the direction indicated by the surveillance payload,
– manual flight control from an operator’s workstation,
– automatic lock of a selected object in a frame,
– automatic escorting
– determination of coordinates of observed objects and relay of the coordinates to system such as Mortar Fire Control System SKO-M or Battlefield Management System,
– autonomous flight along pre-defined route, even out of radio range,
– in case of communication loss – automatic retracting to the position of last radio contact or automatic landing in a pre-defined point,
– modification of mission parameters in-flight,
– possibility of recording of the video image and information during the flight on a computer hard drive including telemetric data (flight altitude, data transmission speed, time and coordinates of current image)