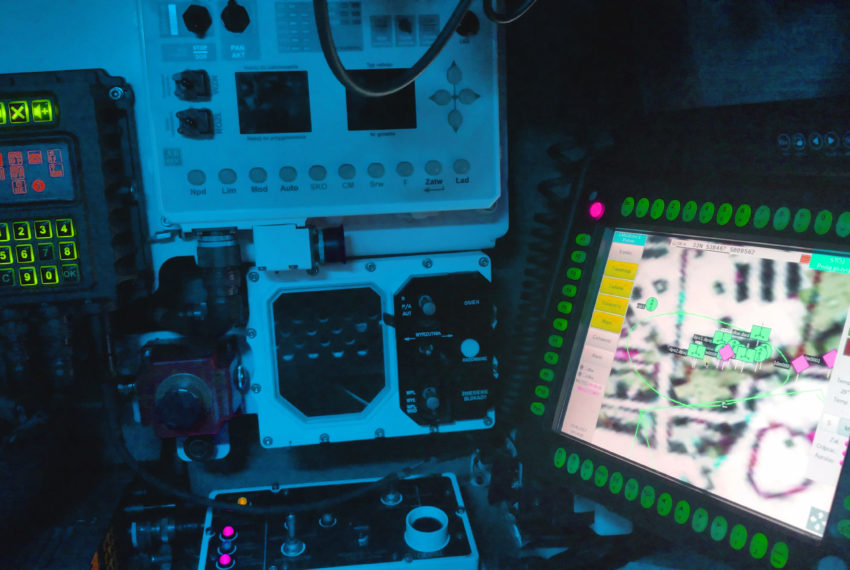 WB ELECTRONICS is currently the leader of the Polish defence sector in the field of advanced technologies and main shareholder in WB GROUP.

WB ELECTRONICS is the leader of technological transformation in the Polish army and the defence sector. Operating in the field of specialised electronics and military IT, it has led the Armed Forces of the Republic of Poland into the 21st century, setting binding standards in key areas for national security.

It is the leader of the WB GROUP – the largest private defence industry group in Poland. It is guided in its business by innovativeness and the creation of major technological breakthroughs. The business philosophy adopted by us is expressed in a product offer that has incorporated unique solutions on a global scale, implemented in the toughest and most demanding markets.

Technologies and solutions designed by WB ELECTRONICS engineers are currently exported to several dozen countries. Thanks to the experience of the engineering staff and developers’ team, the Company has unique competencies in the fields of:

WB Electronics was established by prominent engineers, Piotr Wojciechowski, Adam Bartosiewicz and Krzysztof Wysocki in 1997, starting a new era in the Polish armaments industry. At the beginning, the Company employed a dozen or so workers. The impetus to further development came as early as in 1998 when the Ministry of National Defence wanted to purchase an artillery fire control system. From among the many companies invited to tender, only WB ELECTRONICS undertook to prepare the system. Two years later, the ZZKO TOPAZ (Automated Fire Control System for ground artillery) system was successfully implemented.

A solution based on an innovative technological idea with total control over the entire product, including the source codes. TOPAZ established the binding common standards in the Polish Army, a system which is constantly being developed and for which there is no competition to this day in the Armed Forces of the Republic of Poland. The success of ZZKO TOPAZ defined the course of the further development of WB ELECTRONICS, which was established for original and unique products that are intended to be competitive with the offer of the largest international concerns.

The product that gave the Company international recognition was devised in 2001 and constituted the FONET Digital Internal Communications System. The system integrated key components of the in-vehicle communication systems including computers and transceivers, with an integrated internal telephone function. Today, it is widely used not only in the Polish army but has also been sold to several dozen other countries. In 2009, the licence for FONET was sold to Harris, a company in USA, and it has quickly become the standard equipment of their armed forces.

The WARMATE  can be used as a self-contained system, which can be transported or carried by land or special forces units. The system design permits its installation on vehicles (cars,
Check the details

Further, U-GATE enables full control over nearby Unmanned Aerial Vehicles using a virtual ground control station (GCS) user interface displayed in front of the soldier. The use of augmented reality
Check the details

Digital communication platform FONET hardware, when integrated on board a tactical ground vehicle,  provides end users with the ability to operate a variety of mission capabilities to enhance connectivity and
Check the details