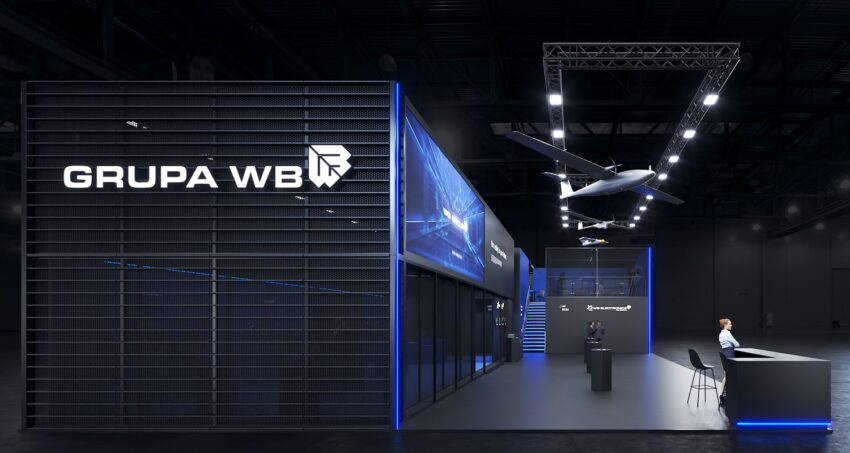 The jubilee 30th edition of the International Defence Industry Exhibition (MSPO) in Kielce is an opportunity for the WB GROUP to present the newest system developed for the armed forces and security services, but also to celebrate the 25th anniversary of WB Electronics and the 75th anniversary of RADMOR .

The WB GROUP systems proved themselves in the most difficult combat conditions – during a full-scale war. This is the best confirmation of the quality of WB GROUP’s solutions.

Currently, the companies of the WB GROUP employ 1,500 people who are involved in the development and production of advanced military and civil systems. These are entirely Polish designs, in which the full intellectual rights belong to the Polish side. That is why they are exported, many countries have also purchased a license for the WB GROUP systems (including the USA).

At the external stand of the ZF-7 there is a multipurpose armoured vehicle COMBATMATE in the command vehicle variant. It was armed with a remotely controlled ZSU turret, developed by the AREX company. The ZSU family modules are also available on new and modernized MSPO vehicles.

Next to it, a proposal for a modernized ARM 28 anti-aircraft artillery system is shown, also equipped with a non-kinetic anti-UAV capability. Also at the external stand, the system proposed to the Polish Armed Forces in the Gryf medium range unmanned tactical systems program attracted attention.

The WB GROUP tradition of the MSPO is the impressive indoor stand located in Hall F. There was presented the AMSTA digital border and critical infrastructure protection system, developed by MindMade company, in a portable and a fixed variant with sensors connected to optical fibres. There were also new varieties of the multi-variant PIK-MC and PIM communication platform as well as the innovative, private 4G/5G MC-NIB communication network. 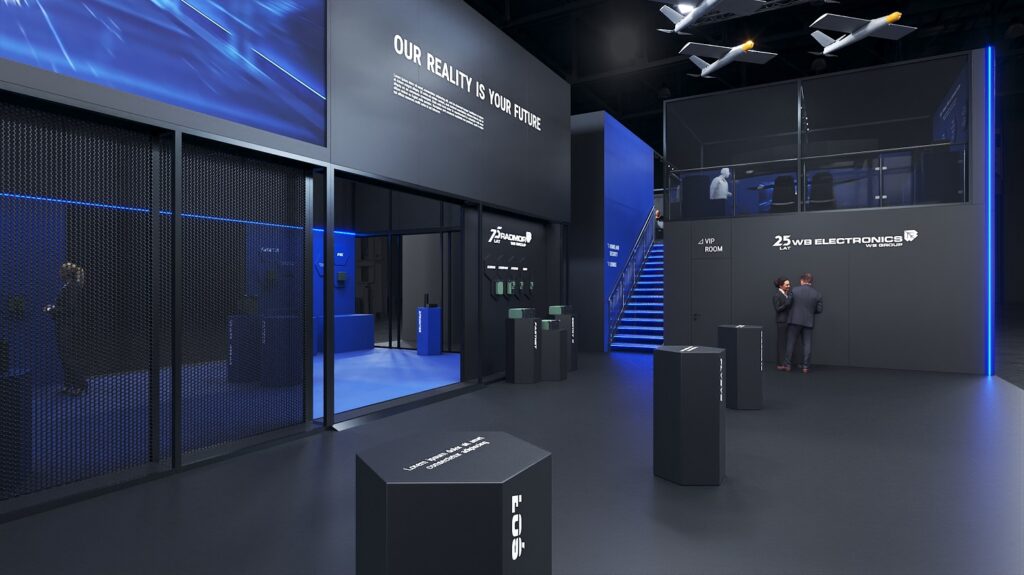 Due to the 75th anniversary of RADMOR company, a lot of attention was paid to military tactical communication solutions. The F@STNET HD tactical radio was presented for the first time at MSPO. RADMOR company presented its known radio systems: COMP@N, 35010 and R3501.

The premiere of the comprehensive Mobile Tactical Wireless Communication System GUARANA also takes place at the fair in Kielce. It is a national, multi-channel, wide-range, broadband Mobile Radio-Station Program Defined Radio Station based on interoperable and national waveforms.

At the exhibition in Kielce, the FlyEye and the FT-5 unmanned aerial systems, developed by Flytronic company were also shown. The FlyEye was presented in both reconnaissance and flying router/transmitter of the SILENT NETWORK communication network. FT-5 was introduced in ELINT (Electronic Intelligence) version. The personal unmanned system X-FRONTER also was shown.

The WB GROUP leading company, WB Electronics, presented the FONET vehicle communication platform in the latest variant and the integrated combat management system TOPAZ, which is the basic BMS in artillery units in the Polish Land Forces.

WB Electronics presented also a swarm of loitering munitions. WARMATE is a high-intensity conflict-proven tool for precise targeting of high value targets with saturation attacks. The system was introduced to the Polish Armed Forces and other armies, including NATO countries. An extension of the WARMATE functionality is the use of circulating ammunition with the U-GATE personal command and observation system. For the first time at MSPO, machine learning-based EYEQ system was presented.

WB GROUP is always focused on cooperation with other companies. Therefore, the WB GROUP’s systems can be found in most of the combat and support vehicles of the Polish Army (including the most important – command vehicles) shown at MSPO, but also at the stands of other companies.