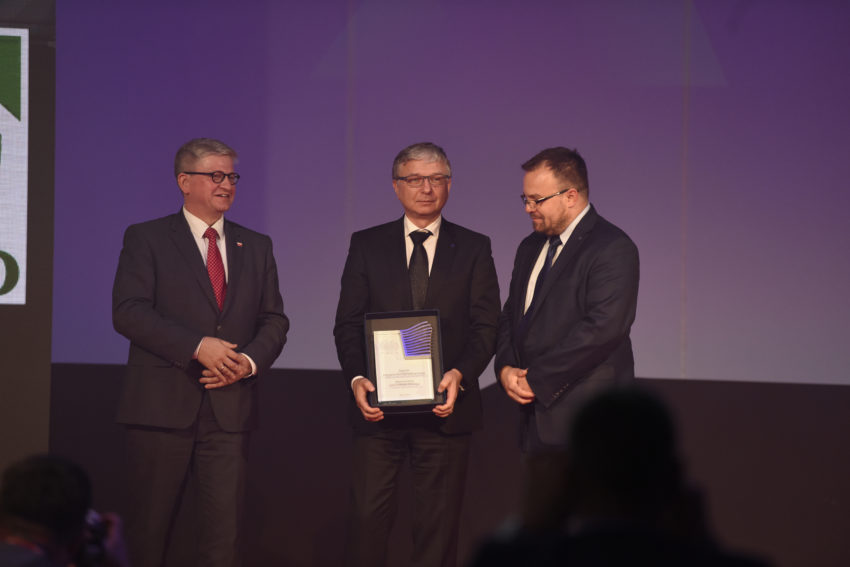 Several representatives of WB GROUP were presented with awards for their innovative solutions during MSPO 2019 in Kielce – the third-largest defense fair in Europe.

The International Defence Industry Exhibition follows the many-year tradition to present the Defender Awards, Special Honours of the Minister of National Defence and the most important Award – of the President of the Republic of Poland Prize for the product best serving the purpose of enhancing Polish Army soldiers’ safety.

This year the President’s Special Prize went to WB GROUP for the family of the loitering munitions system WARMATE. The prize has been awarded since 2009 at the initiative of the President Lech Kaczyński with aim to recognize the most innovative solutions for security and safety. For the first time in its history, the award went to the laureate not being wholly owned by the State Treasury. The award was handed over to Piotr Wojciechowski by the Minister in the Chancellery of the President of Poland, Mr Pawel Soloch.

The WARMATE combat unmanned aerial vehicle (CUAV) is a lightweight, multi-role airframe performing multiple tasks depending on a type of the head installed. WARMATE is currently being used by various NATO and allied armed forces.  Capable of carrying up to 1kg of military grade explosives in a variety of configurations, the WARMATE provides outstanding mission agility at a reasonable price point. The WARMATE system is available in six different versions: the first basic, manpack variant for infantry units, WARMATE 2 – the much bigger and mightier version, designed to be integrated with the vehicle, WARMATE TL – its unique feature is that it has a folding wing structure in order to fit inside a canister-launching system, WARMATE R – the reconnaissance variant, equipped with stabilized EO/IR observation payloads capable of locating targets for artillery or the WARMATE combat versions, and WARMATE V – the multirotor platform to be used in a in a dense urban environment where the use of fast unmanned aircrafts is impossible.

The honourable mention of the Minister of National Defense went to the new amphibious Borsuk vehicle equipped with a remote-controlled turret system built by a consortium led by HSW in cooperation of WB GROUP and other institutions and military bodies. WB GROUP was responsible for the design and implementation of the IT systems, electromechanical equipment and all sensors integration.

All these elements in tune together transform situational awareness and common operating picture to the next level, creating a COLLABORATIVE OPERATING PICTURE for military commanders.

The Award of the Interior Minister and the Police Commander in Chief went to the Communications Integration Platform PIK. The system, that is a mixed hardware and software solution designed to provide seamless, safe, user- and supervisor-friendly voice and data communication, has been recognized as the most police-friendly solution.

The WB GROUP’s pavilion was appreciated by the monthly report “Army Technique Defense”. The prize was accepted by Olga Wojciechowska – The Supervisory Board Member and Marta Łażewska – head of the MSPO 2019 project.

Finally, in recognition of its business partners WB GROUP has created the Blue Ribbon Award, designed to acknowlegde the best WB GROUP’s providers, promote their business and motivate them to work towards further excellence.  The winner – GGG CNC Machined Components Fabrication and Assembly has been awarded the “Blue Ribbon” award for the most reliable partner of the Group. The ceremony took place on September 6th at WB GROUP’s pavilion, and the award, received by the president of the board of GGG, Mr Janusz Trojanowski,  was presented by the President Piotr Wojciechowski on behalf of WB GROUP’s management board and the Jury.