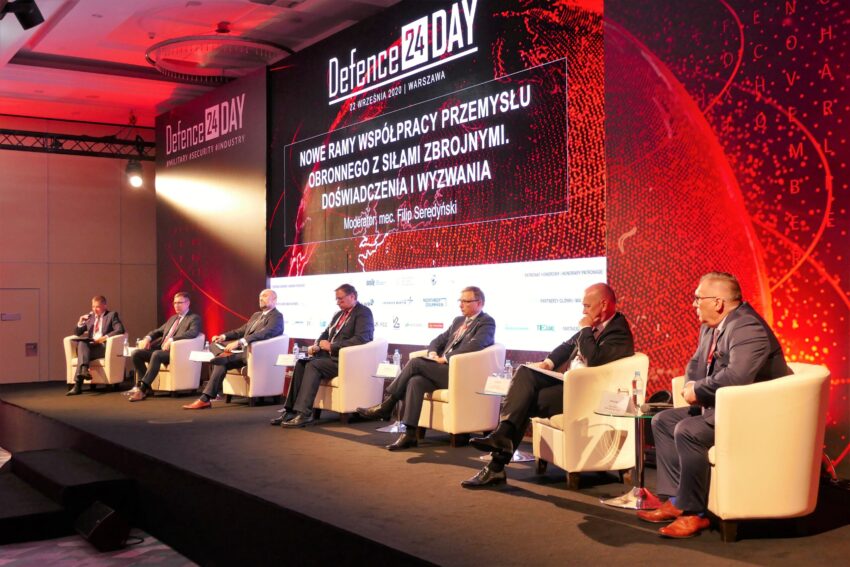 WB GROUP was the main partner of the defense industry and security sector conference Defence24 Day. The event was dedicated to the strategic aspects of state defense in the national and international dimensions. The Defence24 Day conference was held with the participation of the Minister of National Defense, Mariusz Błaszczak.

During the second specialist edition of Defence24 Day, the participants discussed the necessary capabilities of the Polish Armed Forces and the industrial capabilities of Polish enterprises. The Minister of National Defense announced the plans to establish the Armaments Agency, which is to take over the competencies of the existing institutions responsible for the selection, purchase, modernization, and disposal of military equipment. 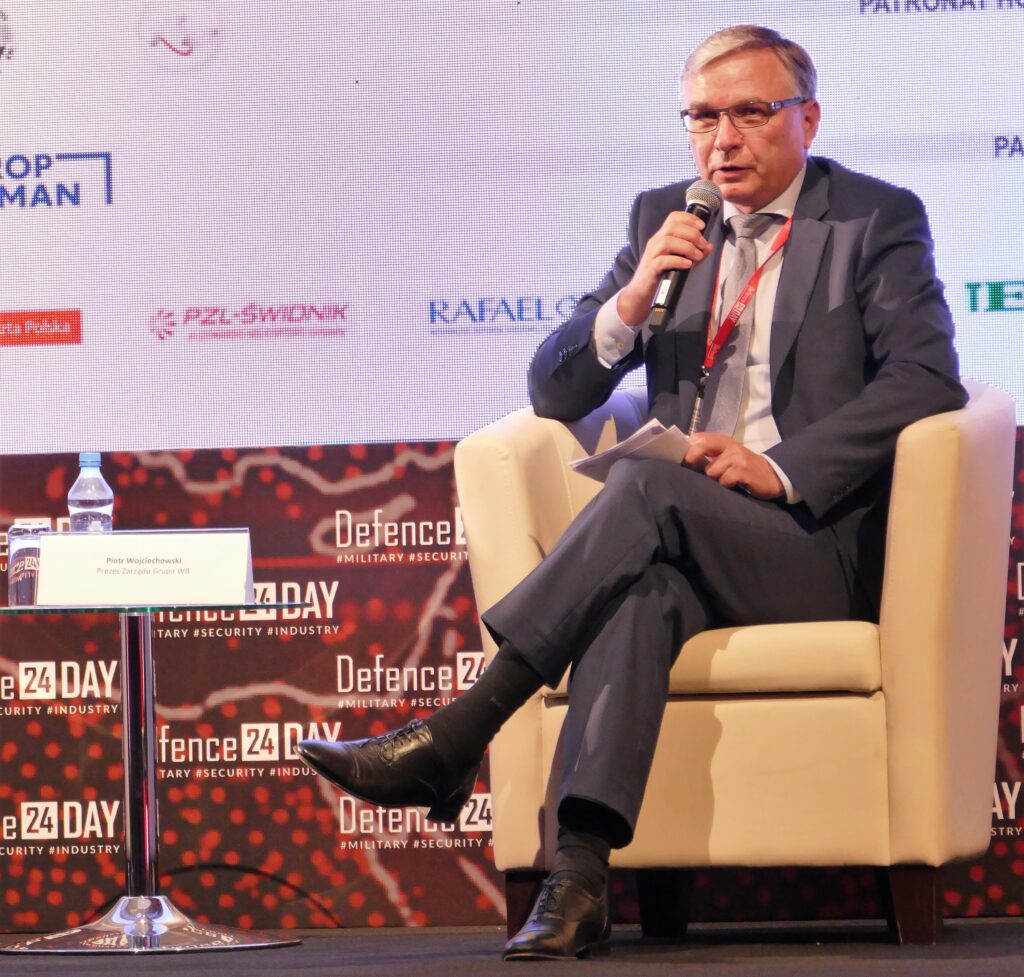 During the panel devoted to the new framework for cooperation between the defense industry and the Armed Forces, the President of the WB Group, Piotr Wojciechowski, drew attention to the weaknesses of the current system of purchasing military equipment. He emphasized that there are thirteen concepts for acquiring a new armored vehicle in Poland and it is surprising that one task is broken down into many programs. He also pointed out that in France, the acquisition of a dozen or so ships for the Navy is part of one program, and in Poland, there are 13 of them. 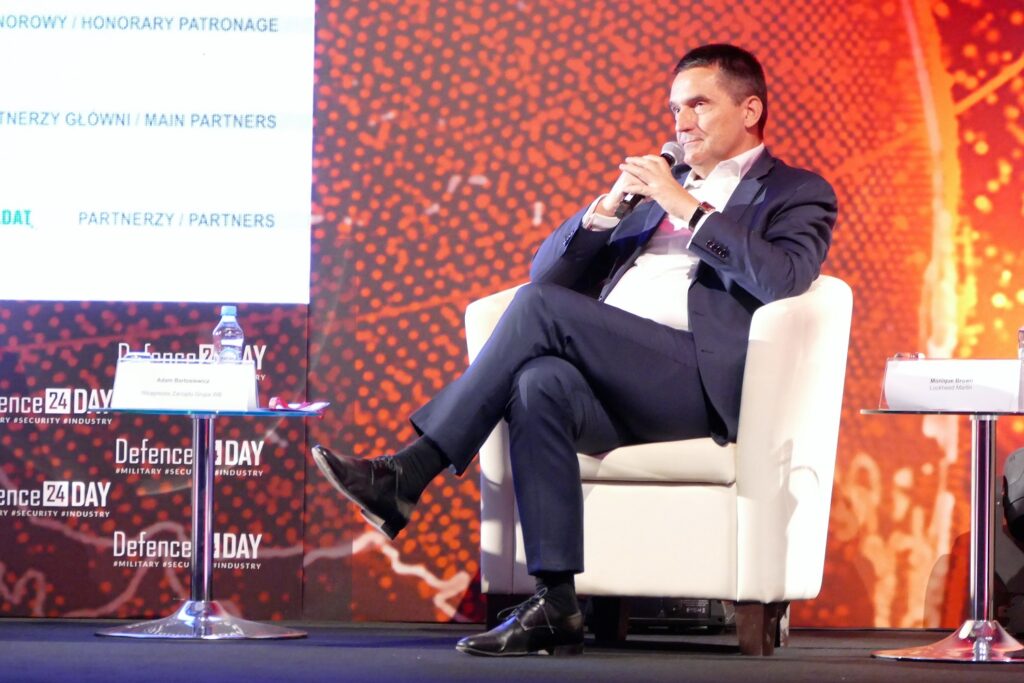 The second panel, attended by representatives of the WB GROUP, was a discussion on supporting military innovations. The vice-president of the WB Group, Adam Bartosiewicz, reminded that everywhere producers face a similar situation as Poland’s. They deal with local industries and politicians who care about the development of their own industry and obtaining qualified personnel.

Adam Bartosiewicz added that the WB GROUP’s operation model is based on cooperation with local manufacturers and technology transfer. The Vice President reminded that easily available solutions that can be shared are sought after in the world. As an example of an activity of the WB GROUPs model, he mentioned cooperation with three or four countries and their local industry in the development of remotely controlled weapon positions.

Another advantage of the WB GROUP is the reliance on its own solutions. Adam Bartosiewicz informed that 99 percent of the products offered by the group are based on original ideas. Thanks to that, they achieve a high technical level.

Adam Bartosiewicz also referred to the Ukrainian experience of the WB GROUP, changing the approach to many currently existing solutions. He mentioned that most of the systems developed by the companies in the group are prepared to operate in the conditions of electronic warfare. It is an everyday reality during armed conflicts, including Ukraine. The vice president of the WB GROUP noted that many manufacturers had not yet implemented these experiences and had not redefined their technologies. 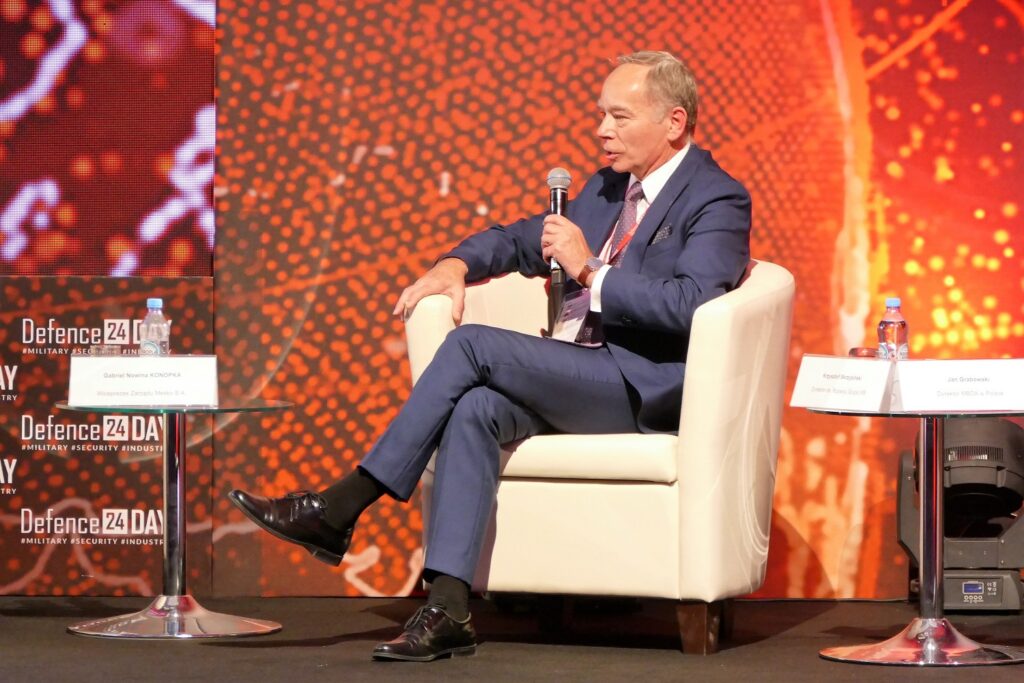 The R&D Director of the WB GROUP, Krzysztof Skrzypiński, participated in the debate devoted to the future of Polish artillery. He emphasized the importance of command vehicles for the Rocket Forces and Artillery. He pointed out that despite the extensive introduction of the TOPAZ system to SPGs and rocket launchers, there are no vehicles to supplement reconnaissance and command. Krzysztof Skrzypiński pointed to the complexity of solutions in company and division fire modules provided by the Integrated Fire Control Kit TOPAZ.

The R&D Director, Krzysztof Skrzypiński, drew attention to the shortcomings of the Missile Forces and Artillery in unmanned reconnaissance systems. Nearly a decade ago, three FlyEye systems were ordered for each of the artillery regiments of the Polish Army. This is definitely not enough for action. Skrzypiński also noted that GRUPA WB was not allowed to proceed with the supply of Wizjer unmanned aerial vehicles that would fill the gap. He expressed his surprise that the systems, perfectly tested in combat conditions outside the eastern border, are not ordered domestically. Especially that the WB GROUP is constantly improving them so that they perform their function reliably in the conditions of strong radio-electronic counteraction.