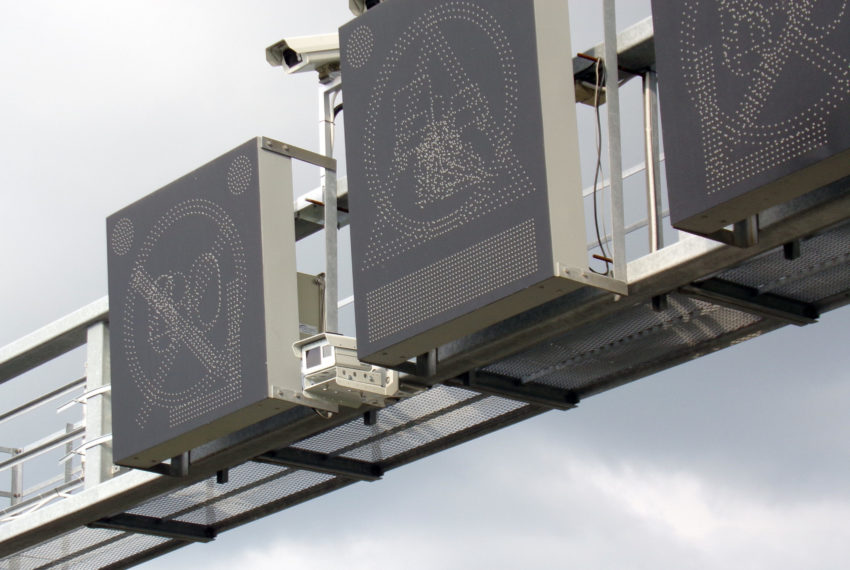 The system automatically captures and transmits evidence of various violations to the central server. Can be connected with PolCam Back Office or any other functional ticketing.  Turnkey solution, easy and discreet installation, setup and automatic calibration process and modern system interface make the device easy to use and flexible. The system architecture allows for mounting the camera on a tripod with a touchscreen as well as on a fixed installation with the remote access.

Red-light violation
The system continuously captures data from the traffic lights. All data, including the time of last change, are being stored in the device’s memory. Having information about the object’s position, it’s speed and traffic lights status. The system precisely registers violations on the crossroad connected with the red light violation.

Lane change violation
The system captures vehicles changing lane at not allowed place on a continuous line or zebra crossing.

The software continuously monitors the status of each connected device at the central location. Dedicated back office user can see each device location on the map and check device temperature,
Check the details

The system’s unique feature is a folding wing structure in order to fit inside a canister-launching system. The system can be launched pneumatically from a tube mounted on any ground
Check the details

The Intel Quark series processors are designed to develop innovative solutions for computer markets, Internet of Things and the Wearables category. The Intel Quark processor, thanks to perfectly designed environment,
Check the details